Black pepper is used all over the world and is one of the most popular spices around. Black pepper, probably best known as a common cooking spice that enhances the flavor of foods AND its uncanny ability to make us sneeze, it has real power (and science) to soothe anxious feelings, boost circulation, lower cigarette cravings and much more.

Let’s take a look at the many ways aromatherapy can be uplifting, energizing and lessen cravings or at least distract people from giving in to urges.  You just might be surprised.

When black pepper essential oil is taken internally, it promotes healthy circulation and stimulates mucus and bile flow. It has warming properties when taken internally and applied topically. Dilute with Fractionated Coconut Oil to minimize any skin sensitivity, when using topically.

Black pepper oil may help reduce cravings for cigarettes and symptoms of anxiety in smokers quitting smoking. A 1994 study published in Drug and Alcohol Dependence found that black pepper oil can reduce some smoking withdrawal symptoms, including cravings for cigarettes. Just under 50 cigarette smokers participated in a three-hour session conducted after not smoking overnight. The participants were divided into three groups: One group of smokers puffed on a fake cigarette that delivered black pepper essential oil, a second group used a fake cigarette with a mint/menthol cartridge and a third group had a device with an empty cartridge. After puffing and inhaling from the devices throughout the session, the group using the black pepper reported significantly fewer cravings for actual cigarettes relative to each of the two control groups.

In addition, negative effects and symptoms of anxiety were alleviated in the black pepper group. This study suggests that black pepper essential oil is useful in alleviating smoking withdrawal symptoms and may prove useful in smoking cessation treatment. Black pepper oil is also among the best essential oils for anxiety and nervous conditions.

To reduce cigarette cravings, diffuse black pepper oil or inhale it directly from the bottle when having a craving.

Today I found myself struggling with the need for a smoke. I found myself discovering that BLACK PEPPER essential oil works for the craving. I put mine in a aroma necklace and I kept it near me all day. When I felt a crave I inhaled the Black Pepper. Honestly I’m shocked how much it helped me today. I highly recommend it.

This essential oil is high in monoterpenes and sesquiterpenes, known for their antioxidant activity and ability to help ward off environmental and seasonal threats. Black pepper oil creates a warming sensation when applied topically, so it increases sweating. It also serves as a diuretic and increases urination, helping remove bodily toxins and excess water from the body. This reduces swelling and inflammation; plus it can help lower blood pressure naturally.

Black pepper oil has been shown to increase hydrochloric acid secretion, which helps proper digestions.  Better food digestion may help ease the discomfort of constipation, diarrhea and gas.  A healthy and well functioning gut is crucial to overall wellness; making it an ideal oil to cook with and enjoy both for its flavor and internal benefits.

Because of its warming, anti-inflammatory and antispasmodic properties, black pepper oil works to reduce muscle injuries, tendonitis, and symptoms of arthritis and rheumatism.

According to a 2010 study conducted at Michigan State University, black pepper oil and its constituents showed anti-inflammatory, antioxidant and anticancer activities. Although peperine was the most effective compound, all compounds derived from black pepper suppressed human cancer cell proliferation.

How to Use Black Pepper Essential Oil

Diffusion: Use three to four drops in the diffuser of your choice.
Internal use: Dilute one drop in 4 fl. oz. of liquid. When taking black pepper oil internally, be sure to purchase a high-quality, 100 percent pure-grade product.
Topical use: Apply one to two drops to desired area. Dilute with Fractionated Coconut Oil (or other “carrier” oil) to minimize any skin sensitivity. 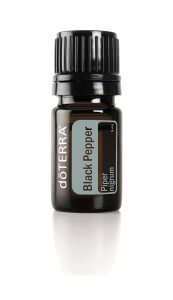 Black Pepper contains important antioxidants.*
It maintains healthy circulation.*
The aroma of Black Pepper is uplifting and may be useful when abstaining from unhealthy habits.
It supports healthy lungs and respiratory system function.* 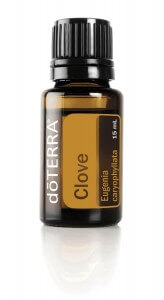 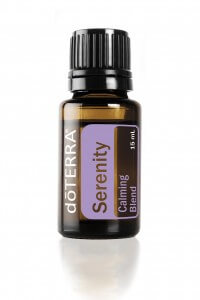 Creates a perfect escape with its calming, renewing fragrance.
Diffuse to help promote relaxation and decrease stress.
Diffuses into a subtle aroma ideal for relaxation.
Diffuse in situations when tensions may run high.

The Beginner’s Guide to Essential Oils (and Quitting) 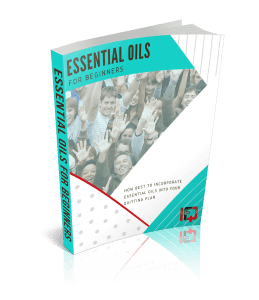 If so, come register for the free online training of “Dave’s Essentials When Quitting”. We’ll detail what essential oils are, how to use them, which specific oils may help you and when to use them.

The webinar is free. We’ll give you a 10 page “How Best to Incorporate Essential Oils into Your Quitting Plan” eBook absolutely free, as well. During the webinar, you don’t have to buy anything; however, if you see something that makes sense to you and you’d like some help placing an order, we’ll be happy to help with that.

Although essential oils are not cures …

It is important to note that I am not giving you a cure-all prescription for quitting. Aromatherapy and essential oils can help relieve some of the symptoms you might experience while quitting smoking, as well as to help uplift the mood, relax, calm nerves, and extend the period of time you can go without a cigarette. You can use aromatherapy for both quitting “cold turkey” or while slowly reducing your nicotine intake daily, weekly, or monthly.

The good thing about essential oils is that they don’t produce the side effects that some nicotine replacement therapy (NRT) products can have. Side effects of using NRT include headaches, dizziness, nausea, heart palpitations, hiccups, dyspepsia, muscle pain, poor concentration and skin irritation.

*These statements have not been evaluated by the Food and Drug Administration (FDA). These products are not intended to diagnose, treat, cure or prevent disease.

For more help, get the book “I Finally Quit …And So Can You: How to Gain Everything by Quitting” There’s no better day than today to say, “I Finally Quit.”

Free 45 minute Training to help keep your emotions in check with essential oils when quitting smoking.

Hi! I’m David “the quitter” Ross, lead motivator at I Finally Quit, Inc. I’m a former cigarette smoker of 20+ years and drinker of alcohol of 25+ years, in the best meaning of the word, I am a quitter! (how’d I do it?) Over the years, I’ve helped over 17,628 people get started with quitting smoking. I also wrote an inspirational book to tell my full-story. It’s available at select bookstores and fine websites like Amazon (print or Kindle), I Finally Quit, Audible, iTunes, Barnes & Noble … even Walmart! Get it here
Page load link

These cookies are used to collect information to analyze the traffic to our website and how visitors are using our website. For example, these cookies may track things such as how long you spend on the website or the pages you visit which helps us to understand how we can improve our website site for you. The information collected through these tracking and performance cookies do not identify any individual visitor.

Cookies are very small text files that are stored on your computer when you visit a website. We use cookies for a variety of purposes and to enhance your online experience on our website. You can decline certain types of cookies by unchecking them below and clicking 'update settings'. You can also remove any cookies already stored on your computer by clicking here. Please keep in mind that unchecking or deleting cookies may prevent you from using parts of our website.

These are cookies that are required for the operation of our website details of which can be found here.