If you’re looking for a great way to quit smoking, then “faking it” could be the way to go. “Faking it” has been used in so many situations and has changed millions of people’s lives all around the world. Below are some things to know about “faking it” and why I feel this works for some people – even when it comes to giving up cigarettes.

What does “faking it” mean?

More than likely, you’ve all heard the phrase “fake it until you make it”, right? Actually, stories have been told for centuries and people have made millions of dollars on that premise.  None of the following are new to you …

There are numerous other examples of this thinking, so the foundation of “faking it” has been around for a long, long time.  Even in medicine and health, people who take placebos (fake medicine – loosely) during drug trials sometimes see the same recovery/benefit of those taking the trail drub, because the mind has the power to create.

So, why do I think “faking it” can work when quitting smoking, too?

When a person decides they’d like to quit and not just a passing thought, but a belief that they really want to quit, so many of these micro actions that may have been subconscious or below the surface in day to day routines, come rushing to the forefront.

A person is constantly reminded internally that they are trying to put cigarettes in their past.  Every action taken (and some not) are a reminder to the quitter they are missing something – this is what cravings are.  A person starts to want and crave the physical, mental, chemical, subconscious act of smoking.

So, rather than focusing on the craving, which can ultimately lead a person to caving in on what they really want, why not trick the brain?  Why not “fake it”?  The brain will believe whatever it is told.  So, the next time you have a craving, remind yourself that “oh yeah, I’m a non-smoker now.”  Or, “now that I’m a non-smoker, I no longer ____.”  Cravings only last for about three minutes, so you won’t have to trick yourself and before too long, usually within 24 hours, you’ll convince yourself you are no longer a smoker.

Will this really work?

At I Finally Quit, Inc.,  we’ve developed the 8 Steps to Quit Smoking Action plan and steps 7 and 8 actually imbed this type of philosophy.  Step 7 is about learning to visualize (seeing yourself as a non-smoker) and Step 8 is all about persisting and overcoming cravings to inspire others.

But if you really want to know if you can “fake it” to trick the brain, try laughing out loud RIGHT now. Especially if you think this post is bologna and you don’t believe any of it.  Maybe you are a little mad or upset someone would write about faking quitting smoking. Regardless of where you are … start laughing. Let out a LOUD “ha” and see if you don’t get someone around you to start laughing.  Soon, you will be too.  Even if no one is around, pull out your cell phone, as if you are in a conversation and start laughing.  Soon, you’ll be laughing for real and smiling – you’ll be … happy.

Just remember one thing – your brain doesn’t know any better, so tell yourself often “I Finally Quit!”

For more help, buy my book “I Finally Quit …And So Can You: How to Gain Everything by Quitting” There’s no better day than today to say, “I Finally Quit.”

David “the quitter” Ross has a Bachelor of Science degree in Biology from Purdue University. A former cigarette smoker of 20+ years and drinker of alcohol of 25+ years, in the best meaning of the word, he is a quitter! (how’d he do it?)

He is the author of I Finally Quit …And So Can You: How to Gain Everything by Quitting and is inspiring quitters to inspire others. Book available at Amazon.com, Audible.com, iTunes.com or at The IFQ Store 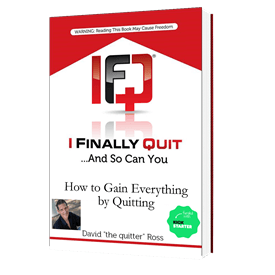 Get a free* audio copy for first time Audible users:

Downloaded 17,407 times! 8 Step Action Plan to Quit Smoking … even if you’ve tried everything and failed miserably in the past! 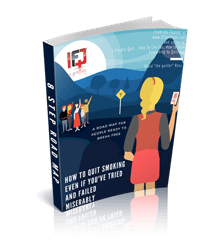 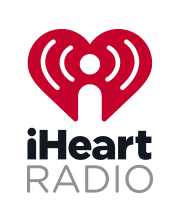